What is sleepwalking? What does it mean for the people who do it? 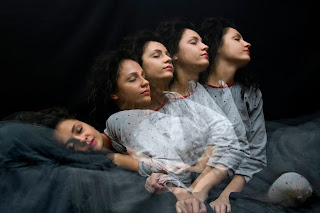 Ans:- Sleepwalking or somnambulism, is a behaviour disorder that originates during deep sleep and results in walking or performing other complex behaviours while sleep. It usually occurs within one to two hours of after falling sleep. It is much more common in children than adults & is more likely to occur if a person is sleep deprived. It is a series of complex behaviours that are carried out while sleeping . the most common of which is walking. A sleepwalker may difficult to awaken & will probably not remember the sleep walking incident. Most sleepwalking disorders last for several minutes and during that time , a lot can happen. Some of the activities that sleepwalks are known to do is sit up in bed and look around in a confused manner, bolt from bed & run away, talk or shout & perform strange behaviours like climb out of a window or urinate in a trash can. Environmental factors also play a role, being specially stressed , running low on sleep can also increase the risk of sleepwalking. The people who suffer from sleepwalking can negatively effect their sleep. There are plenty of things that we can do to lower the chances of sleepwalking is getting enough sleep, establish a relaxing bedtime routine with the help of smoothing bath, meditation & increase in the amount of time scheduled for sleep.

What Are the Symptoms of Sleepwalking?

The symptoms of sleepwalking can involve various types of simple or complex actions that a person does while still mostly asleep. During an episode, a person may have open, glassy eyes with a blank look on their face. They are usually minimally responsive or incoherent in their speech.

It is important to recognize that, despite the name, sleepwalking is not limited to walking. Other types of actions can occur and are still under the umbrella of sleepwalking. Examples include running, routine actions like getting dressed, moving furniture, engaging in sexual behavior (sexsomnia), or urinating in inappropriate places. Less often, behaviors can be violent or may be more complex, including trying to drive a car.

Sleepwalking episodes can last for a few seconds to a half an hour with most finishing in less than 10 minutes. The person may return to bed and go back to sleep on their own, or they may wake up confused while they are still out of bed.

A key symptom of sleepwalking and other NREM parasomnias is that the person virtually never has a recollection of the episode when they wake up. For that reason, they most often learn about their sleepwalking from a family member or housemate.

Another common element of NREM parasomnias is that they typically occur during the first third or half of the night when a person tends to spend a higher percentage of time in deep NREM sleep stages.

How Common is Sleepwalking?

Sleepwalking occurs more often among children than adults. One long-term study found that 29% of children from around 2 to 13 years old experienced sleepwalking with a peak in incidence between ages 10 and 13. In adults, the prevalence is estimated to be up to 4%.

The fact that people who sleepwalk don’t remember episodes makes it challenging to precisely determine how often it occurs. In addition, studies sometimes define sleepwalking in different ways.

Attempting to account for these methodological difficulties, a meta-analysis considered 51 separate studies of sleepwalking and concluded that 5% of children and 1.5% of adults experienced an episode in the last 12 months.

What Are the Dangers of Sleepwalking?

There can be serious health consequences from sleepwalking. Injury can occur if a person trips and falls or collides with something while walking or running. Mishandling of sharp objects or trying to drive a car during an episode can be life-threatening. Violent behavior can cause harm to the sleepwalker or others.

Actions during sleepwalking episodes may bring embarrassment. For example, a person may feel ashamed about sexually explicit behavior, aggressive outbursts, or urinating in the wrong place.

Studies have found that people who sleepwalk have higher levels of excessive daytime sleepiness and insomnia symptoms. It is not known if these problems arise because of actual disturbances from sleepwalking or if there is an underlying factor affecting their sleep that makes them at risk for both sleepwalking and daytime drowsiness.

In addition, sleepwalking can have consequences for a bed partner, roommates, and/or housemates. Episodes can cause disruptions to their sleep, and they can be negatively affected by a person’s behavior during episodes. 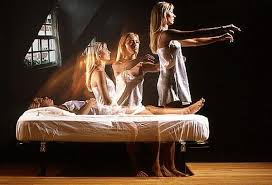 What Are the Causes of Sleepwalking?

Sleep experts believe that sleepwalking normally happens when a person is in a stage of deep sleep and gets partially awoken in a way that triggers physical activity while remaining mostly asleep.

Various factors influence how likely this type of partial awakening is to occur:

Children who sleepwalk may find that episodes stop occurring as they get older, or they may continue to sleepwalk as adults. Even though most sleepwalking starts in childhood, the condition can begin in adulthood as well.

How is Sleepwalking Treated?

Treatment for sleepwalking depends on the patient’s age, how frequently it occurs, and how dangerous or disruptive the episodes are. For children and adults, it’s best to raise concerns about sleepwalking with a doctor who can work to find the most likely cause and create a tailored treatment plan.

In many cases, sleepwalking requires no active treatment because episodes are rare and pose little risk to the sleeper or those around them. Episodes often get less frequent with age, so for some people, sleepwalking is resolved on its own with any specific therapy.

When it is necessary to take steps to address sleepwalking, there are a number of approaches that may be incorporated into a treatment plan.

Harm reduction is an important consideration for people who sleepwalk. Some ways that safety risks can be reduced include:

If a person’s sleepwalking is tied to an underlying disorder like OSA or RLS, treating that condition may resolve sleepwalking. Similarly, if the use of sedatives or other medications is contributing to sleepwalking, the doctor may recommend changing the dosage or switching to a different drug.

Anticipatory awakening is waking someone up shortly before a potential sleepwalking episode is likely to occur.

Because sleepwalking is connected to a specific sleep stage, it often happens around the same time each night. Waking someone up just before that time can prevent them from having the partial awakening that can provoke sleepwalking.

Anticipated awakening has been effective in helping many children stop sleepwalking. It may be useful for others but has not been carefully studied in adult patients.

Sleep hygiene refers to a person’s sleep-related environment and habits. Poor sleep hygiene, such as having an inconsistent sleep schedule or drinking caffeine or alcohol close to bedtime, can contribute to sleeping problems and sleep deprivation.

Improving sleep hygiene encourages more stable and dependable sleep while reducing the risk of sleep deprivation that can trigger sleepwalking.

Cognitive behavioral therapy (CBT) is a form of talk therapy that counteracts negative thoughts and actions. CBT for insomnia (CBT-I) has demonstrated effectiveness in improving sleep, often by reframing how a person thinks about sleep. Adaptations of CBT exist for stress and anxiety, and careful application of CBT, including relaxation techniques, may help prevent stress-related episodes of sleepwalking.

When other treatments are not effective, medications may be considered to try to stop sleepwalking. Examples include benzodiazepines and antidepressants. Early research has indicated that melatonin may be helpful in addressing sleepwalking as well.

Any medication, whether prescription or over-the-counter, has potential benefits and risks, and a doctor is in the best position to determine whether it is appropriate in any person’s specific situation.

Is It Safe to Wake a Person Who is Sleepwalking?

Most experts advise against jarring awakenings for people who are in the middle of a sleepwalking episode. Because they aren’t aware of their situation, a jolting awakening may provoke fear, confusion, or anger.

If possible, you can try to lightly guide a sleepwalking person away from potential dangers and back to bed. A quiet, soothing voice and at most a light touch may be useful in directing them.

If you do need to wake up a  person who is sleepwalking, try to do so in a way that is as gentle as possible, and be aware that they will most likely be disoriented upon waking up. 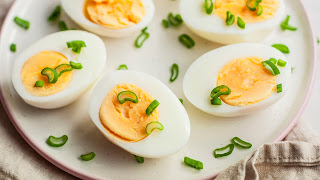 One egg per day may cause diabetes: Researchers warn 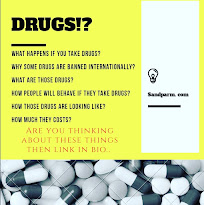 What happens if you take additive drugs? Why people will get addicted to these drugs? And what are those drugs...? 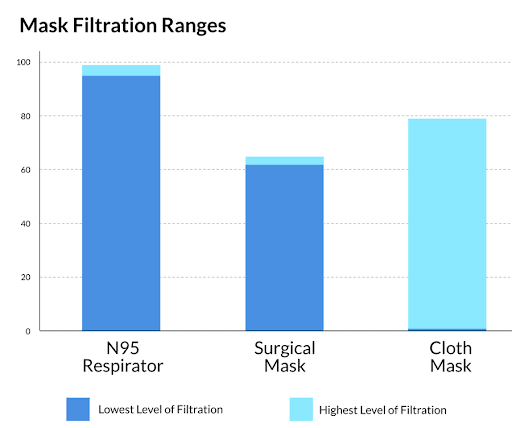 The top Three masks, which protect us from covid -19

To give advertisements on our website: make a mail to the following id : sandpharm.in@gmail.com